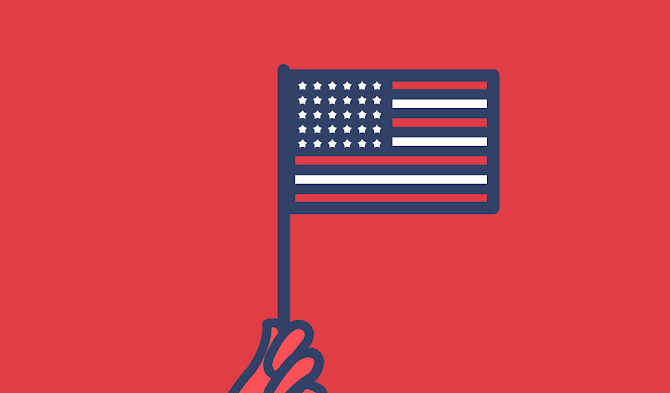 We’re looking deep into the future on this one. Take a journey into the marketing world to come, now three whole weeks away! What will Facebook look like in 2021? Here’s what to expect.

If 2020 was meant to be a tough year for Zuckerberg’s empire, its bottom line didn’t get the memo. The challenges of 2020 really began in 2016, with Facebook serving as Russia’s platform of choice for election misinformation and causing division. While Facebook, and all social media platforms, for that matter, largely fixed the issues of the previous presidential race before it could affect this one, new problems arose. Facebook may be facing four-year cycles in learning how to control its own algorithm for political influence just as we brace for four-year-long campaigns.

In the wake of George Floyd’s murder and months of riots, Facebook feigned surprise at the multitude of hate groups using the site to organize and plan counterprotests and spread the vitriol that fueled a racists backlash. To their credit, Zuckerberg’s team has been much more aggressive in rooting out and banning hate groups and limiting the spread of hate speech, but critics say there is plenty of room for improvement.

Much of that furor coalesced into the largest boycott ever of the platform in July, and the group that organized it has kicked off another effort just this week.

If all that attention and the negative press were supposed to make a dent in Facebook, it didn’t. Personally, Mark Zuckerberg’s wealth grew by over $100 billion in 2020, one of just three Americans to profit so substantially during the pandemic. Its stock price took the same hit as all business when the market crashed in March, losing over $100 per share in just hours. Still, it’s back to $276 a share and looks to be rising as online retail booms.

First, Facebook has invested heavily in its e-commerce chops. To end the year, Facebook acquired Kustomer for $1 billion, working to improve its ability and infrastructure to offer a more comprehensive Shop experience for retailers and customers. To become a real player, Zuckerberg needs to take the Craigslist-feel of its successful Marketplace function and incorporate robust search, advertisement, and inventory features for retailers moving new products and services. That’s an effort that needs to work well on Instagram and WhatsApp, too, though they have plans on how to make it work seamlessly; make your own currency.

Facebook’s Libra project seems to be years old, but it’s taking a scaled-back approach in its launch, which is now expected to be sometime in January 2021. The virtual currency is something like bitcoin but certainly geared to provide Facebook with more control on how, where, and what form consumers save and spend their money.

In 2019, we predicted that direct messaging would be the biggest thing in 2020. We were sort of right; Slack and Microsoft Teams have exploded as more companies have moved to remote work temporarily or permanently. For Facebook, the move to integrate its Messager, Instagram Direct, and WhatsApp services have been an on-going project to bring diverse platforms and users under one umbrella.

In the new year, expect to see every change on one platform quickly be adapted to the others, especially any changes in the Shopping experience. For advertisers, it offers a chance to create one ad and have it served seamlessly to the best possible audience, no matter where they’re scrolling. The biggest challenges may not be technical; regulators have voiced concerns about Facebook merging their applications and accounts before, and that fight doesn’t seem to be over yet.

The pandemic has crushed some retail markets, but it’s also opened up new opportunities for marketers that may have been years down the line without lockdowns, social distancing, and working from home. One area ripe for investment from marketers is artificial and virtual advertising experiences. Facebook’s Oculus headset and Aria glasses are both potential venues to create new forms of ads. With Oculus finally becoming more affordable and more brands realizing just how expansive the landscape is for digital marketing, expect to see things really grow in the next twelve months.

One important thing to remember when we talk about Facebook this year is that we’re talking about the entire ecosystem. As Facebook, Instagram, WhatsApp, and all of Zuckerberg’s investments become more and more seamless, the line between using advertising on one blurs into the others; understanding how that affects who and what demographics you can access will take practice, testing, and a degree of improvisation.